Happy International Women’s Day for today and yesterday, depending on where you are in the world! I spent my day yesterday working hard on my business with another amazing woman and it filled me with such joy. It was so wonderful to see such beautiful sentiments spread across social media in both posts and stories of sisterhood and women supporting women. But, it also left in me a little bit of sadness too, which is what I wanted to chat about today.

This post has been a long time coming. Those in person know my thoughts on this directly but otherwise I’ve struggled for a long time to put this post into words but I was feeling like today was a good day to share.

I had an interesting reaction to two movies I watched a few years ago, which highlighted for me a lot of issues women still have in communicating and dealing with one another and it set my brain into overdrive. The first was Sherlock Holmes series with Robert Downey Jr. For those who haven’t seen it, it revolves around Sherlock and his nemesis and their battle for supremacy over the other. The thing that stood out to me though, was the regard these men held each other in despite being enemies. They sit and play a game of chess together in the finale, despite already come to blows and even though they’re cast as villain and misunderstood hero, there’s a respect there. It was a passing notice initially, but it came back very strong when it had a comparison.

Later the same week I watched the live action remake of Cinderella, which while it is a love story is also a movie about a clash between a step mother and her step daughter.  Set in a time where a woman’s only means of advance and security was through marriage and men, we see the cruelty and scheming women would go through for their self preservation. That other women were direct competition because they gave men choice and your very survival may depend on a marriage. This difference meant that respect shown between sherlock and his nemesis was shown as a two way street, though I’ve seen examples that aren’t Cinderella that show it as completely non-existent. And it really got me thinking.

Our world has changed incredibly fast in the past few generations. I mean coming from a generation needing instant gratification it can be an easy thing to overlook. But I mean, my grandmother was still alive in the when “halfcast” aboriginal children were being taken by the government. There are still people alive who remember things like racial segregation and negative (previously normal) attitudes towards things like homosexuality and disability. We have made amazing progress in a few decades. But some changes take a lot of time.

And things have changed a lot for women too. We can now work a variety of jobs. We can have our own income, property and have children too alongside it. We are no longer simply home makers and receptionists/nurses/teachers. Pregnancy no longer has to be hidden but has become a big industry and our choices (for the most part: depending where you are in the world) are more in our hands than ever before. A lot of the things we used to be dependent on marriage to a man for, are no longer relevant in most of the first world. Yet…that mentality of competition between women still seems to be very much ingrained in a lot of our society and I believe its something we need to be addressing within our own behaviour to help bring about this change. So I wanted to share my thoughts on ways I felt we could challenge this behaviour and way of thinking to move forward and better how women interact in the world today.

We all have women who we click with, that get us, that are our ‘sisters’. In a world where we’re generally made to feel bad about ourselves, its important to support each other. I find women can often get worried of being outshone, but really there is more than enough room for us all to shine and its amazing how bright we get when the support is shared round. Don’t compare yourself to your sisterhood. Let them stand as their own person just as you are and support them in whatever they undertake. Another woman’s success isn’t your failure! You can both shine.

2.  Your beef with someone doesn’t give you the right to ‘destroy’ them

While sisterhood and having your support group is important, its also realistic that you’re not gonna get along with everyone, which is fine. We are all so different and in the words of Dita, there will always be someone who doesn’t like peaches. I have noticed that some (not all) women have this belief that if they have an issue/falling out/dislike for another woman, its their right to tear her down. I’m talking things like meddling in relationships, trying to ruin careers and general life destroying stuff purely out of spite, hatred or feeling threatened. Your baggage doesn’t give you the right to dump it on someone else and fighting negativity with negativity won’t get you anywhere. I personally don’t believe this kind of behaviour is helpful to anyone and that this sort of negative action just feeds a lot of negative stereotypes of women and our behaviour. Your dislike for someone doesn’t give you the right to destroy their lives. Stop the witch hunts and either deal with it in a manner that actually produces a positive outcome or save your energy for better things and move on. Women you don’t like are allowed to exist and be happy, just as you are.

In the online world and in person, I see a lot of negative projection onto other women in the world today and its such a sad thing. A lot of hurtful comments between women are made from a place of feeling less than or inadequate to the other and a lot of these feelings start with negative self talk. This is unfortunately a learnt behaviour that is constantly engrained thanks to modern advertising as well as that old women as competition mindset. Remember that when you stand alone, there is no comparison. We are all amazing, unique and incredible in our own way. We need to stop placing a comparison of ourselves on others and learn to not just build others up but also ourselves. Tell yourself you’re amazing. That you’re beautiful. Incredible. Unique. You are enough. Focus on your baggage and let other women deal with their’s. If there was less negativity projection amongst us imagine what we could believe ourselves capable of.

As a feminist, intersectional feminism is something I believe is super important. Its important to keep the conversation open, to listen to people outside our own immediate social settings such as women of a minority background or non binary individuals and  start dialogue that helps better understand this world we live in and help give them a voice. In such a fast paced life it can be easy to overlook and forget others but we need to stop doing this in supporting other women.

In the world of today, we often get caught up in what we don’t have instead of being grateful for what we do have. Try and be grateful for the good people, opportunities and things in your life. Sometimes easier said than done for everyone, some moreso than others but even just taking a few moments a day to quietly think over these things and be grateful for them can help change your perspective. In me it helps stop my feelings of inadequacy by seeing what others have in relation to me if I count my own blessings without making a competition.

i hope uou’ve all enjoyed this post. As I said, it’s just something i’ve been thinking about for quite a few years and I think if we can start focusing on changing some of our own behaviour, we can help make the world just a little bit better, one step at a time.

Til next time darlings

View all posts by curvecreation 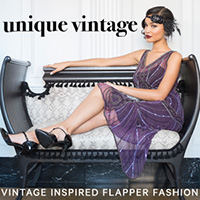